I’ve been reading voraciously this quarantine, almost as much as I did as a child.

Many years ago, on rainy afternoons like today, I’d be slumped over our home’s orange sofa, my head tilted towards the window beside it, rain pattering on our rooftop, an open book on my lap. The gentle sunlight from outside was the only thing I needed to clear my head, dive headfirst into a story, and immerse myself for hours. I’d only stop once it was too dark to read.

It was so easy back then, wasn’t it? One had no notion of schedules, deliverables, or unwashed dishes. Time seemed almost… endless.

This quarantine nearly allowed me the same privilege.

In the first weeks of quarantine, when literally no movement was allowed and all schedules and deliverables (not unwashed dishes) seemed suspended in midair, it’s almost as if I travelled back in time. I was 8 years old again, poring over a book from sunup to sundown, refusing to look up. Though these recent weeks have been significantly busier, I’ve still taken to reading as a refuge, even if only for an hour or less per day.

Why was I reading so much?

But as the quarantine wore on, I read to understand. I saw how different people were responding with anger, hatred, or apathy at the abject suffering of others. How the government was failing on many steps on the way. And I wanted to understand why.

Now I read to seek answers. And really I only have one question: after everything that’s happened, how may we build a better world?

Out of the books I’ve read from over 160 days in quarantine, I’d like to share seven books – to represent the seven days of the week – that left a deep impact on me.

Monday: The Coddling of the American Mind – Jonathan Haidt and Greg Lukianoff

“A culture that allows the concept of “safety” to creep so far that it equates emotional discomfort with physical danger is a culture that encourages people to systematically protect one another from the very experiences embedded in daily life that they need in order to become strong and healthy.”

I was so moved by Jonathan Haidt’s earlier book, The Righteous Mind, that I wrote a blog post about it. In The Coddling of the American Mind, he doesn’t disappoint.

Haidt and Greg Lukianoff explore how many young people (primarily in the US) are growing up in a society that insulates them from difficulty and discomfort. This “coddling”, along with many other factors, is preventing young people from undertaking “failures, insults, and painful experiences” that will help them grow in the long run. The loss of these experiences, as the authors explain, does not only rob individuals of the opportunity to realize their full potential; it also robs an entire generation of a future that secures a space for many voices, many opinions, and many productive conflicts. 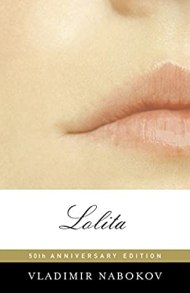 “Lolita, light of my life, fire of my loins. My sin, my soul. Lo-lee-ta: the tip of the tongue taking a trip of three steps down the palate to tap, at three, on the teeth. Lo. Lee. Ta. She was Lo, plain Lo, in the morning, standing four feet ten in one sock. She was Lola in slacks. She was Dolly at school. She was Dolores on the dotted line. But in my arms she was always Lolita.”

I’ve been curious about this book for many years – always finding it among lists of literary classics or greatest books of all time. I’ve also seen movies adapted from the book and found them intriguing.

But no amount of excitement or familiarity could prepare me for the disturbing yet masterfully woven narrative of Lolita, in which a middle-aged professor falls in love and later becomes sexually involved with a 12-year girl.

Reading this book has felt like wearing the shoes of a lover, madman, criminal, and psychopath in different turns, yet Nabokov finds places to make a reader consider sympathy – even in the most repulsive moments. Lolita has invited me to enter the mind of a pedophile, and tell myself that he, even he, is human too. 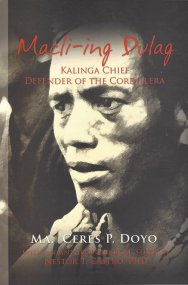 “You ask if we own the land and mock us saying, ‘Where is your title?’ When we ask the meaning of your words you answer with taunting arrogance, ‘Where are the documents to prove that you own the land?’ Titles? Documents? Proof of ownership? Such arrogance to speak of owning the land when we instead are owned by it. How can you own that which will outlive you? Only the race owns the land because the race lives forever.” – Macli-ing Dulag

We need to remember more heroes from our own history, and Macli-ing Dulag is one of them.

Kalinga chief Macli-ng led the opposition of his people against the construction of the Chico River Dam Project which would build four dams along Chico River and spanning Kalinga and Mountain Province. In 1980, he was murdered by military forces under the command of former President Ferdinand Marcos. With the journalistic zeal of Ceres Doyo, his death was seen as a catalyst in exposing the ills of martial law, and in later uniting the people of the Cordillera mountains against the project.

The Chico River Dam Project was eventually shelved, with Macli-ing Dulag now remembered as a leader who fought for his peoples’ ancestral domains. 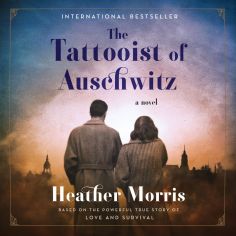 “To save one is to save the world.”

In a labyrinth of death, barbarism, hatred, and hopelessness, love can still arise.

“Like chess masters and firefighters, premodern villagers relied on things being the same tomorrow as they were yesterday. They were extremely well prepared for what they had experienced before, and extremely poorly equipped for everything else. Their very thinking was highly specialized in a manner that the modern world has been telling us is increasingly obsolete. They were perfectly capable of learning from experience, but failed at learning without experience. And that is what a rapidly changing, wicked world demands—conceptual reasoning skills that can connect new ideas and work across contexts. Faced with any problem they had not directly experienced before, the remote villagers were completely lost. That is not an option for us. The more constrained and repetitive a challenge, the more likely it will be automated, while great rewards will accrue to those who can take conceptual knowledge from one problem or domain and apply it in an entirely new one.”

I’ve never fit in a box, and I used to feel very bad about it. I studied in a science-specialized high school but loved my arts and social studies. I took up engineering in college while running a non-profit on peace and education. I’m now working chiefly in communications but also on many other projects I’m equally passionate about.

Range spoke to me because it told me that I wasn’t alone. This book also showed me that the world today needs more people to abandon their boxes. The challenges we face today can’t be fit in a box, so the people who solve them shouldn’t be in one too.

“That these people would leave their homes, their cultures, their families, even their languages, and venture into tremendous peril, risking their very lives, all for the chance to get to the dream of some faraway country that doesn’t even want them.”

American Dirt paints a larger-than-life journey of a mother and son escaping Acapulco, Mexico and tracing the harrowing footsteps of migrants who endure hunger, thirst, violence, rape, extortion, and all manner of suffering in order to find refuge on American soil.

The story hurts because it’s true. And it hurts not only because it’s true for migrants from Latin America but also for those suffering in countries so systemically corrupt and oppressive that, for many, there is nowhere to go but out.

“The fanatic believes he has all the answers, and he has no questions. I have only questions, so I am their enemy. Questions can save us from the certainties that lead to fanaticism. To be human is to ask questions, to ask why, to inquire, to interrogate each situation in a search for the truth, the truth of how we must act. We must face such questions rather than turn away from them; we must unmask and confront evil rather than reduce it to something comfortable. It is not comfortable to name and confront evil, but we cannot be too attached to comfort if we want to make the world better.” – Elie Wiesel

Witness is the most important book I’ve read this year so far.

Touching on education, history, literature, religion, and the timeless search for one’s purpose, Rabbi Ariel Burger takes us on a journey side-by-side with his mentor, Holocaust survivor and Nobel Peace Prize recipient Elie Wiesel. Along the way, he also comes to terms with his own strengths, weaknesses, passions, and where he sees himself bringing light to the world.

It’s easy to lose hope with the enormity of today’s challenges, but Witness showed me that there is always hope. And a way to keep that hope aflame is through education.

From Misery to Hope

In the new life we’re all brought to face, I look forward to more reading to do the things I can’t do right now: travel, meet new people, see new things.

I also look forward to more reading to understand the things I should do: learn, evolve, work, reach out, help.

And I know reading will play a big role in all these.

I end this with a quote from a man I’m honored to call a mentor, the late former United Nations Secretary General Kofi Annan. A mentor who, in the few moments I’ve spent with him, never failed to share the importance of education and literacy – especially for young people.

“Literacy is a bridge from misery to hope. It is a tool for daily life in modern society. It is a bulwark against poverty, and a building block of development, an essential complement to investments in roads, dams, clinics and factories. Literacy is a platform for democratization, and a vehicle for the promotion of cultural and national identity…. Literacy is, finally, the road to human progress and the means through which every man, woman and child can realize his or her full potential.” – Kofi Annan

P.S. The title of this blog is inspired by the book “Reading Lolita in Tehran” which is on top of my ‘To Read Next’ list.

P.P.S. The book I’m currently reading is Van Gogh by Gregory White Smith and Steven Naifeh. It’s amazing, and I hope to write about it sometime too.

One thought on “Reading Lolita in Quarantine”